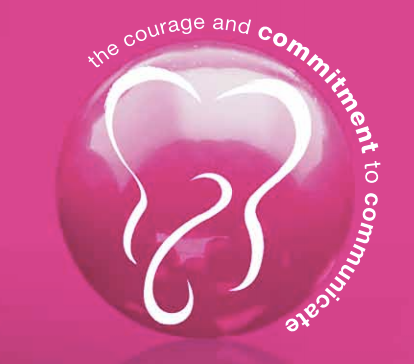 The Courage and Commitment to Communicate

The Pink Elephant Project is founded on the notion that the daily conflicts we encounter have more to do with ourselves than anyone else.  Not that we need to blame ourselves for every conflict…we simply need to understand from where the conflict stems; understand that it’s completely natural – completely human – to seek agreement and run from conflict.  But what ultimately needs to be understood is that conflict simply arises out of mismatched perspectives – perspectives that have been honed over the years, in different ways from everyone else’s – through your personal life experiences.  There is no right or wrong, only varying perspectives.  Understanding and acknowledging this is the first step to reducing conflict and enhancing productive conversations where you actually walk away with solutions, rather than animosity.

What would be possible if you took this promise with the people in your life?

“Any time there is something on my mind that I’ve been unwilling to express out of fear of either rejection or criticism, I will invoke the Pink Elephant and request that, in doing so, we both recognize that this is an issue that is being brought up only with the goal of strengthening our relationship; that we agree to listen to and communicate with each other without anger, judgment, or defensiveness; and that we allow this conversation to act as a basis for further discussion, so we can understand, explore, and learn from each other’s perspectives.”

Invoke the Pink Elephant?  How do I do that?

Imagine taking this promise with someone that is important to you and that you both agree that if you said “Pink Elephant” it would mean that there was a conversation that need to take place that was a bit uncomfortable but the goal of the conversation was to strengthen the relationship?   What if there was an agreed upon designated statue or totem that was visible in the household or office to remind everyone to have the “Courage and Commitment to Communicate,” and when an important conversation needed to take place one could place the totem on the table.   What if before every potentially difficult conversation, you reminded each other of the promise you made to each other?   What would be possible?

…the vision was crystal clear: The Pink Elephant symbol in the home of every family, in the office of every executive, on the desk of every leader, constantly reminding them of the Courage and Commitment to Communicate. The invocation sets the stage and the reiteration of the promise sets context for the conversation. Imagine a world that has the courage and skills to courageously communicate and be fully self-expressed…where creativity, innovation, collaboration, and cooperation are possible; where people feel acknowledged, heard, relevant, known, and part of whole; where solutions can change the world.

Hmmm….The Courage and Commitment to Communicate?

Has there ever been something on your mind that you’ve been reluctant to say because you fear the anticipated response?  Whether it involves your spouse, child, or co-worker, we all dread initiating those “important” conversations.

Have you ever brought something important to the table and were met with defensiveness and/or apathy, and have been reluctant to bring issues like that up again?

Through these varying life experiences, we develop a reluctance to put ourselves “out there”, to risk ever experiencing such uncomfortable moments again.  We learn very quickly to guard ourselves and be mindful of the next time we bring something to the table.

So how do we handle it? We suppress our thoughts and ideas, our emotions and needs, and carry them with us…unspoken.

These unspoken conversations end up as rust on our psyche…leading to silent resignation, apathy, and a lack passion… typically,

But are we really?

Let’s face it – the feeling of being in love, the excitement of new opportunities at work – it all begins to wane.  We lose our incentive to go above and beyond – in relationships, in work, in school and at home.  Spouses are no longer inspired to lavish each other with romantic meals, or bring home tokens of affection “just because”.  The desire to put in extra hours at work with the motivation of friendly collaboration and a common purpose slowly diminishes.  Children and teenagers don’t talk with family…and when they do, the air is punctuated with meaningless, one-word replies.  People aren’t necessarily unhappy, they simply end up “going through the motions” because the courage and commitment to communicate has been all but eliminated.

You wouldn’t think of elephants as nimble, but the Pink Elephant isn’t your average beast. It can be invoked anywhere and anytime communication fails you … and especially when it won’t show its face. Perhaps a loved one seems impossible to reach. Your child is being elusive. Or your employees are holding back. Just call on the Pink Elephant, and you will find your way.

The intention behind taking the promise is a commitment to keep strengthening the most important relationships in your life. 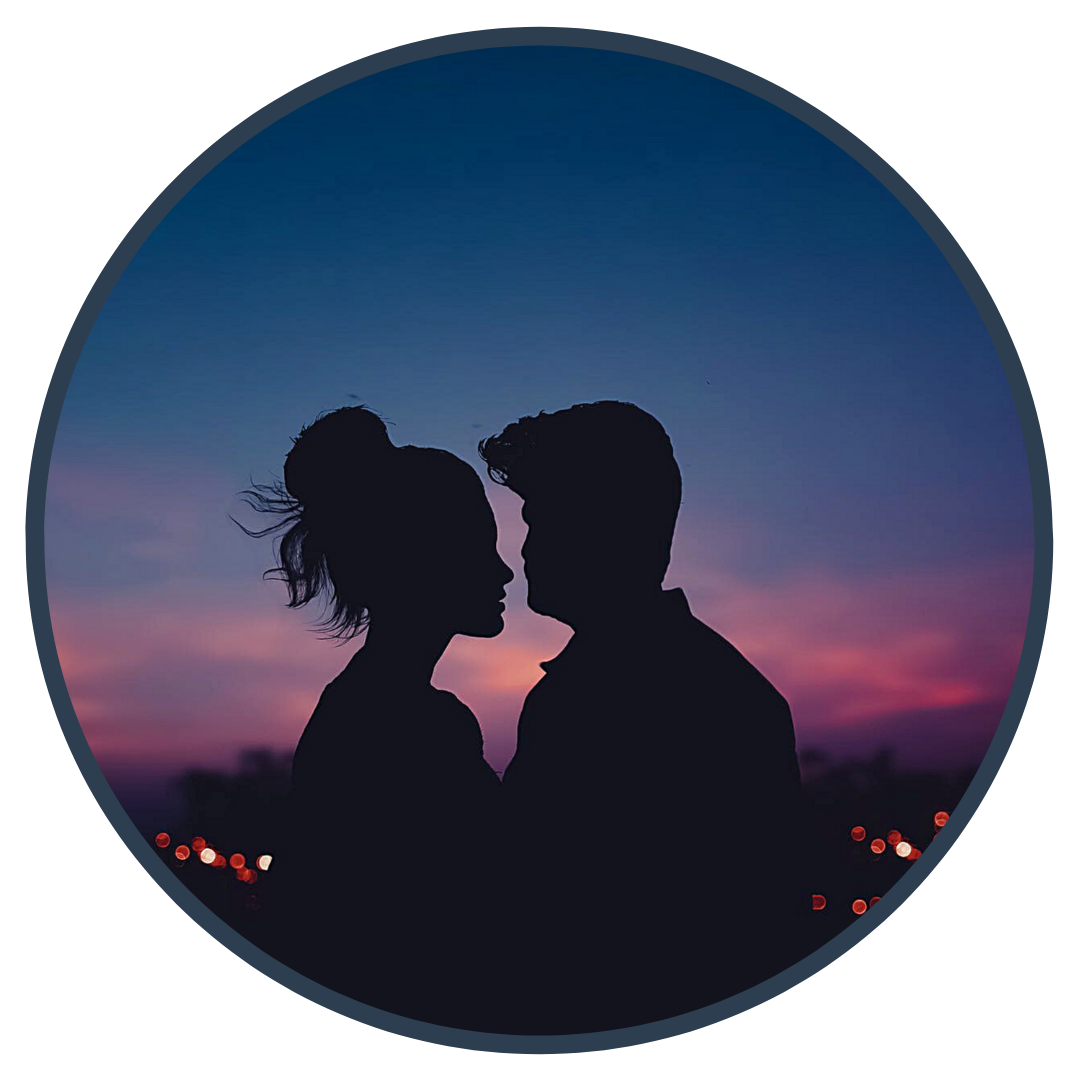 The secret to a successful relationship is communicating even when nothing is wrong. Sharing ideas and frustrations. Expressing—and accepting—little differences of opinion, so that you learn to understand each other when not too much is at risk. 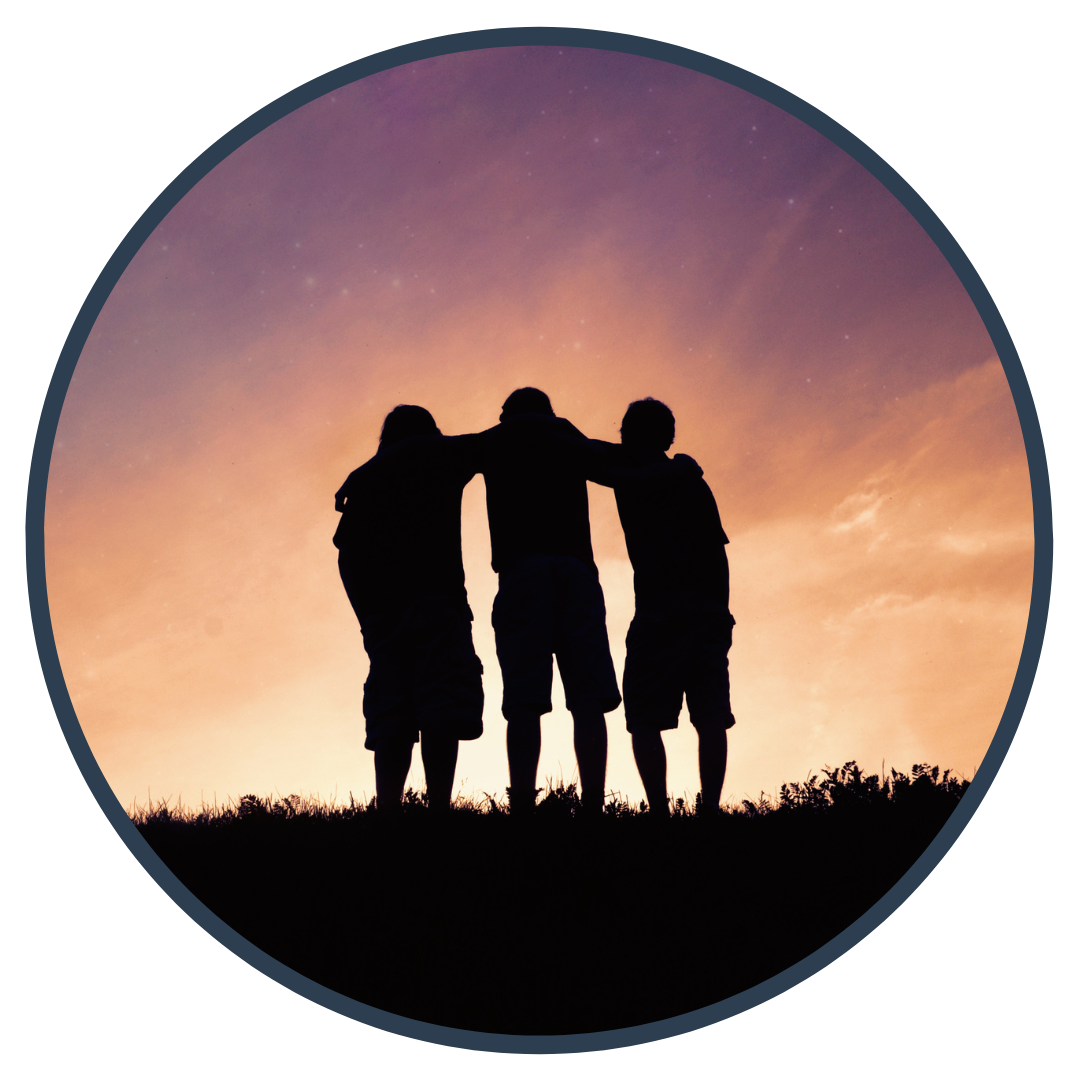 As unique individuals, we have all been shaped by different experiences, and we interpret the world in different ways. We count on our friends to understand and accept those differences, and to appreciate what makes us one-of-a-kind, without judging us or turning away. 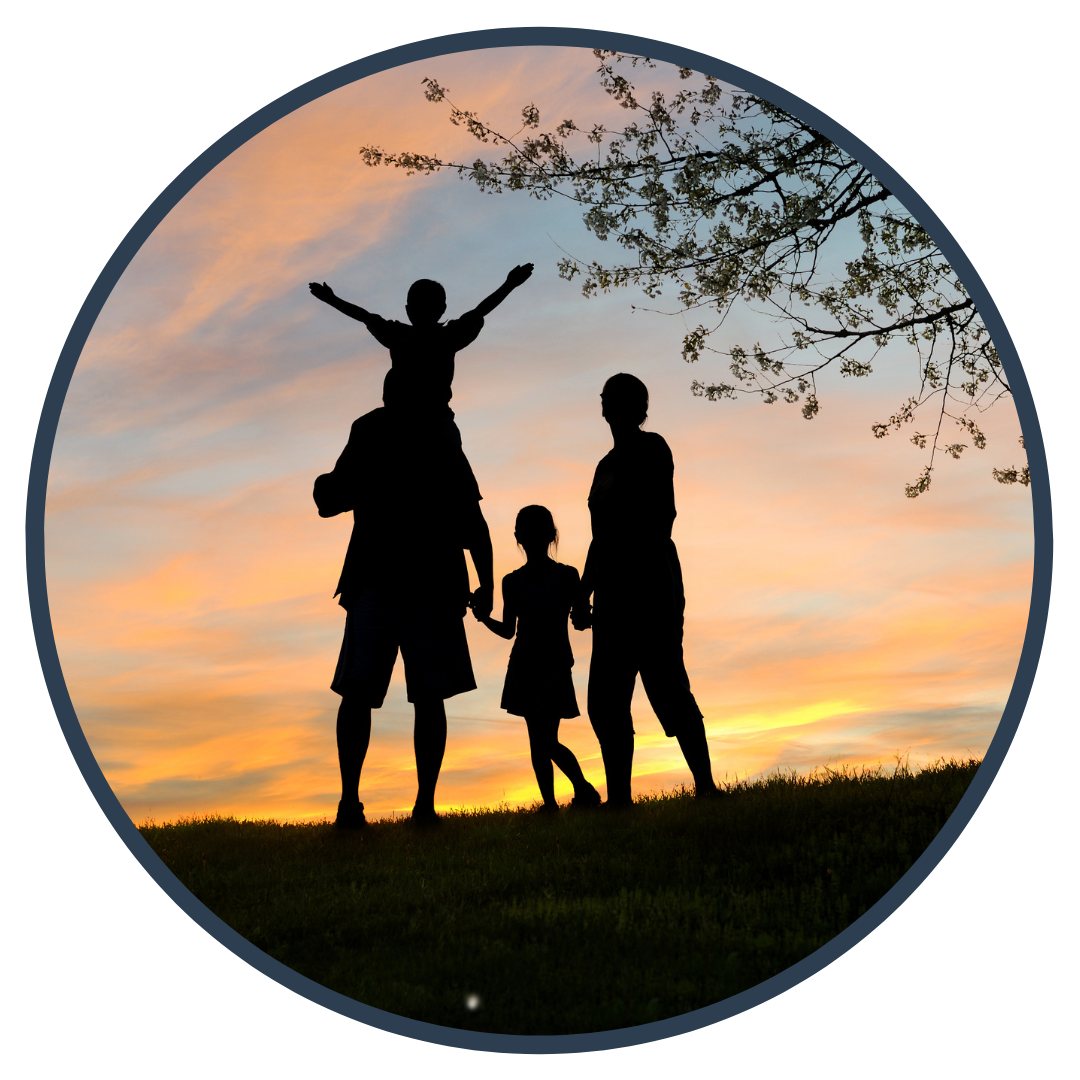 Families are busier now than ever before, with parents and children racing in separate directions to school, work, sports practice and zillions of afterschool activities, not to mention the increasing time spent on homework or in front of computers, TVs and other screens. Children spend an average of only X hours per week interacting with their parents, even though the parent-child relationship lays the foundation for all future relationships they are going to have. 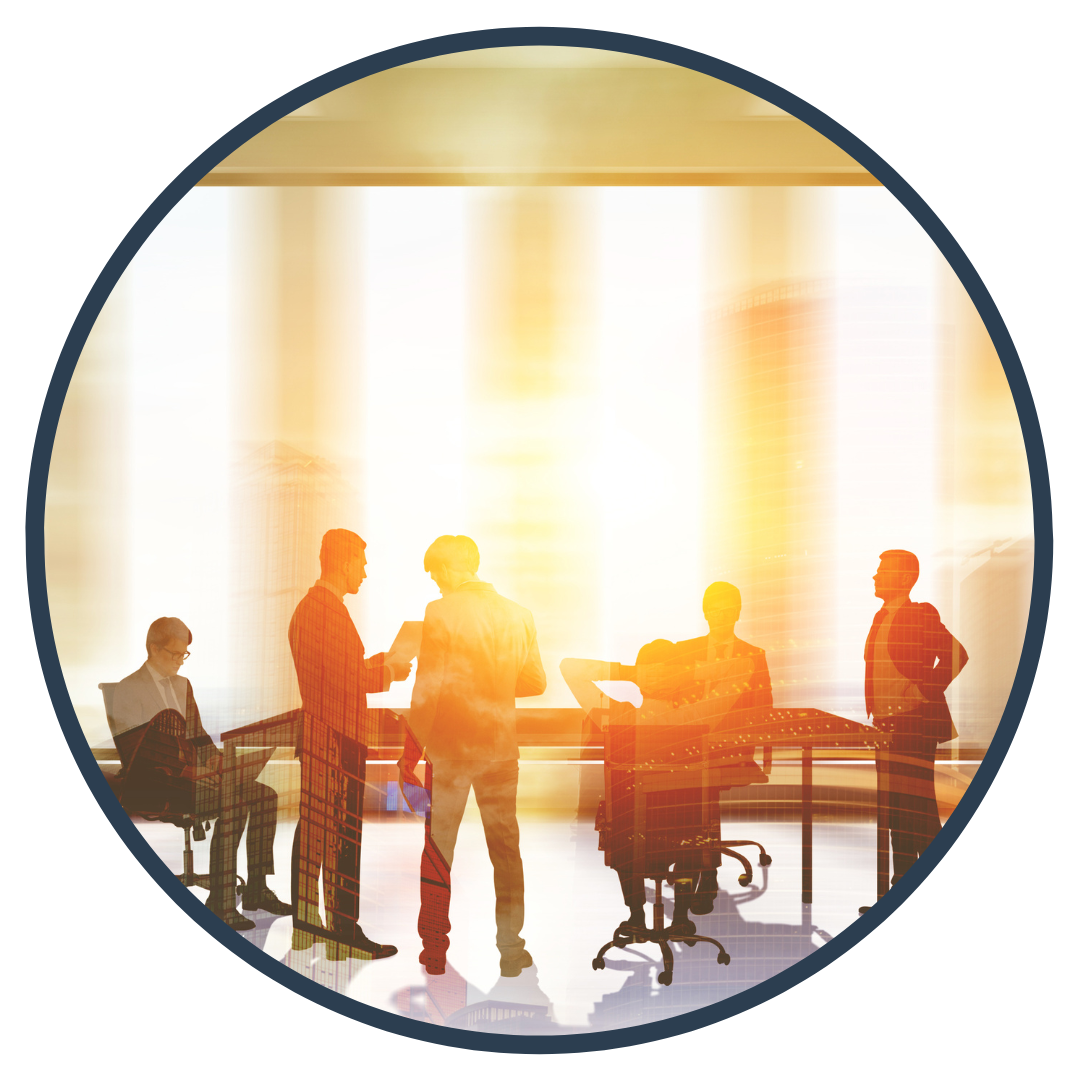 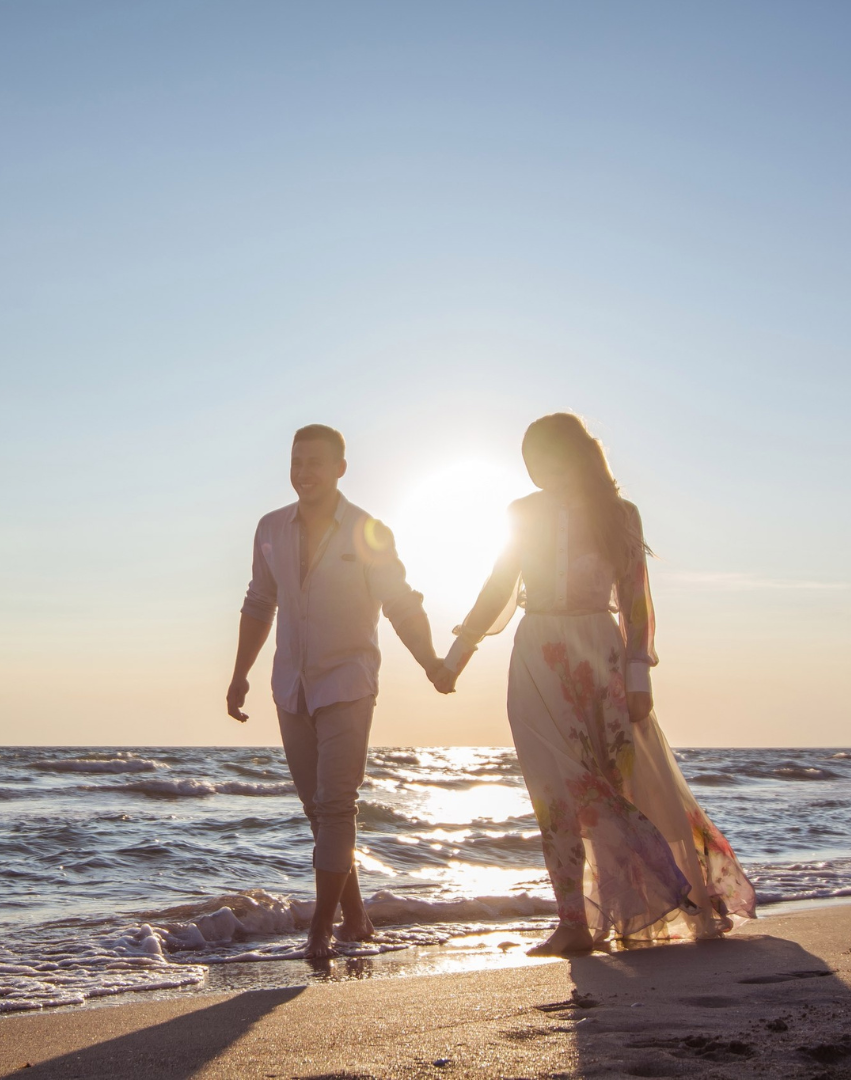 Many couples forget that active communication is important even after the deal has been sealed by marriage, or the bloom is off the rose. They fall into a tired routine: a generic post-workday greeting, a silent dinner in front of the television, and then one goes off to surf the web and the other goes to the bedroom to curl up with a book.

Nothing’s necessarily “wrong”… it’s just an uninspiring way to live, simply going through the motions. And eventually, the withering communication further devolves into deeply polarized arguments. Arguments about finances, about housework, about spending too much time out with friends, in which no one can see eye to eye anymore and the focus is in proving the other wrong.

You don’t have to wait until there’s something Important that Needs to Be Said to bring the Pink Elephant into your relationship. Reignite your passion by reconnecting with the person you love:

Renewing your commitment to communicate can not only strengthen your relationship, but renew the sense of adventure in the life journey you share.

Being friends doesn’t mean you have to see eye-to-eye on everything. What might be right for you might be totally wrong for a friend, and that’s okay. What matters is that you get in the habit of talking—and listening—to each other, not just when it’s easy, but when you have something harder to say.

Wouldn’t you want your friends to tell you if you had food in your teeth? Or an embarrassing habit? Or if you hurt their feelings in some way?

Most of us agree that our “true friends” are the ones who tell us the truth—and who like it if we’re honest too. When you set aside judgment and create trust, a difference in perspective is no longer an obstacle. It’s simply a fresh perspective, one that can help us grow.

We all need friends to have our back when we start losing our way. And we need to be able to bring things up, without “crossing lines” that cost us friends. Try this with the friends in your top five—as a group, or one on one:

By recognizing that your friends simply have varying perspectives from your own, you can stop throwing up walls and start having more effective conversations. With practice, you’ll develop a closeness and confidence that allows you to let go of anxiety, laugh together at differences and become who you want to be. 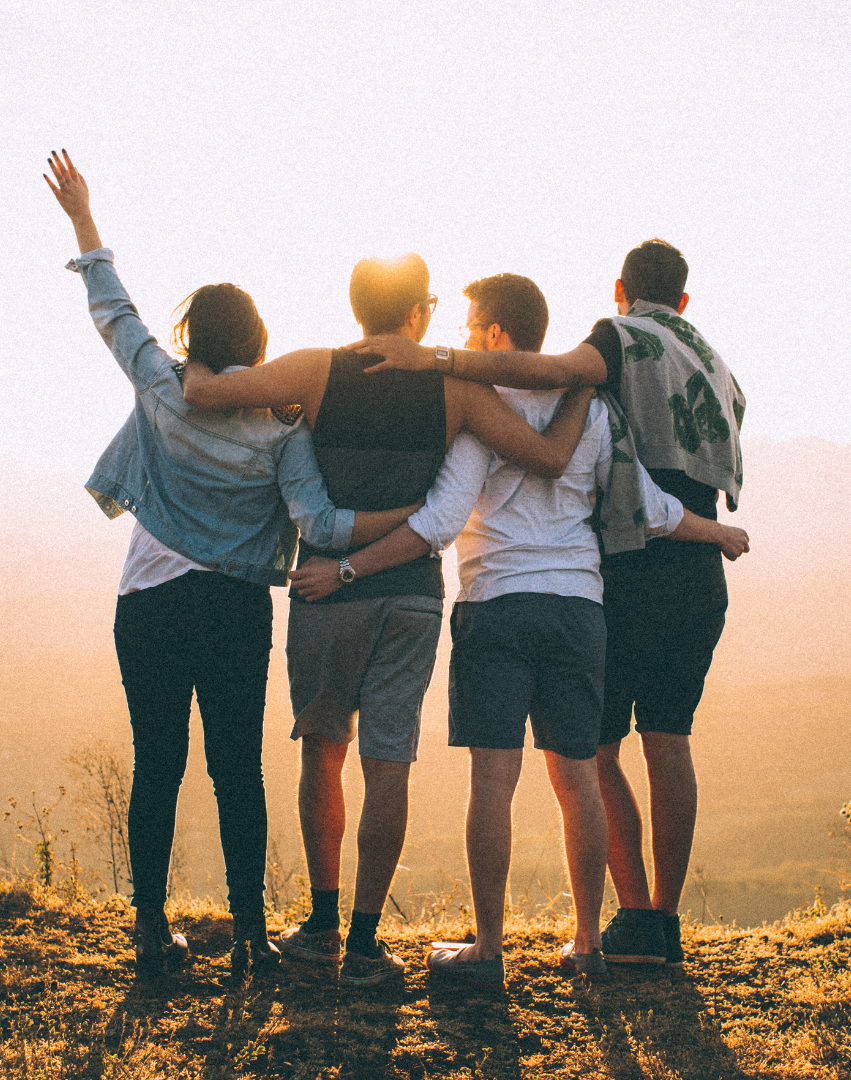 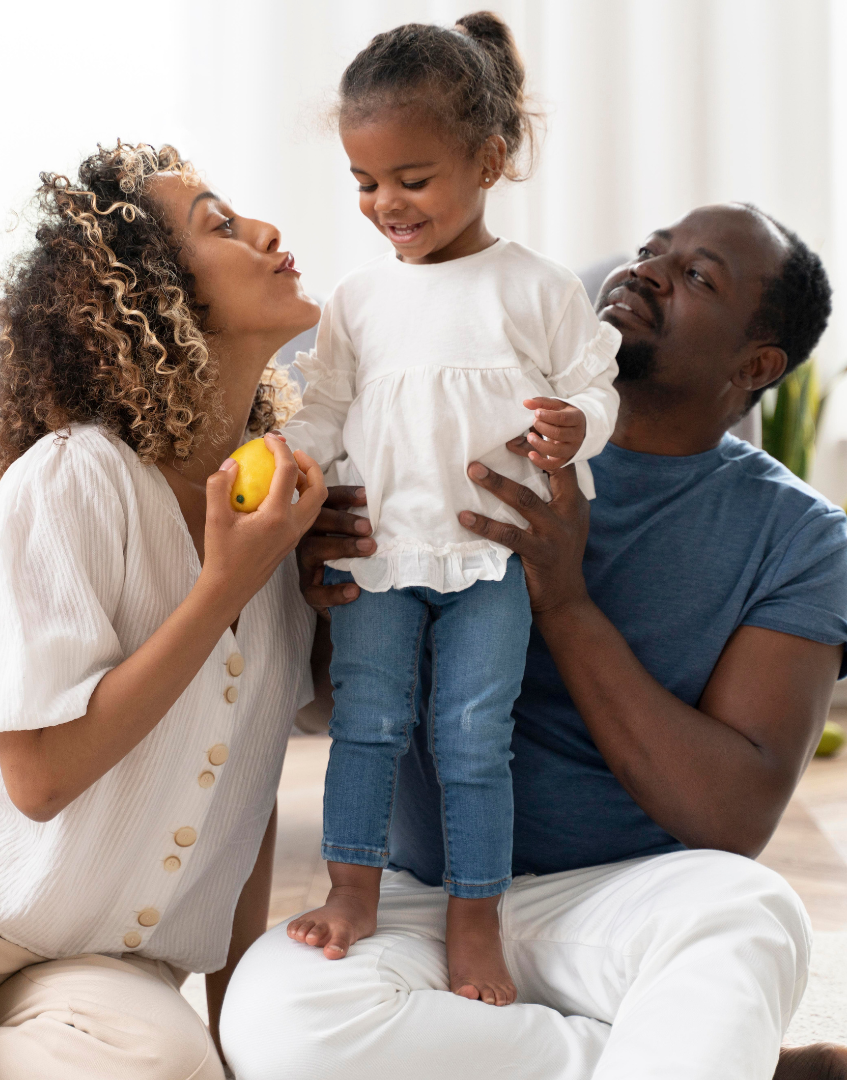 Take, for example, this scenario:

A question is posed to a spirited classroom. A grade-school child raises his hand, confidently broadcasting the answer to his teacher and peers…and gets it wrong. Met with a chorus of laughter from his classmates, his cheeks burn with embarrassment as he hangs his head. He continues to stare at the ground throughout the rest of the day. Entering the relative safety of home, he finally raises his head, standing immobile for a moment, defeated, and observes mom circling the kitchen in a flurry of activity. Sighing heavily, he turns and silently trudges up to his room, alone. Moments like these are what shape children. Met with apathy or ridicule, they start to protect themselves by limiting self-expression and thus, human interaction. A fundamental part of childhood development, self-expression is stifled in environments where respect, love and compassion are not actively communicated, and these children often find difficulty opening up to others as they mature.

By introducing your family to the Pink Elephant Promise, and taking it together, you can give your child a powerful tool that he or she can use anytime. Try this:

Whenever you or your child needs to talk about something important, without fear of getting in trouble or being judged, you can now invoke the Pink Elephant as a way to start the dialogue. By saying the words “Pink Elephant,” or bringing each other the toy, you are sending the message that you have something to say.

“More than 85% of US employees admit to having concerns about their company’s direction but fail to speak up for fear of creating conflict.”

Does this sound familiar?

A manager has been nagging his team about a stretch goal for weeks. It has taken its toll, the oppressive environment now creating an unspoken, underlying sense of fatigue, trepidation and discontent. Not wanting to rattle his cage (in the interest of protecting themselves and their jobs), his team continues along uninspired, punching the clock and sleepwalking through meetings—the desire to collaborate smothered.

Environments like this are as common as they are costly—to leadership, to employees and to the company. Afraid of creating conflict, employees neglect to speak up, protecting their jobs instead of taking the risks that will better serve the company.

The more that conflict avoidance takes hold, the less that employees feel they can make an impact, and the fewer ideas are brought to the table. The results can be catastrophic, as innovation and profits falter

Whether you are a CEO, a manager or an associate, you can transform your company by creating new channels of communication. Executives need honest, impassioned employees to speak up and contribute to their companies’ success. Employees need to feel that their ideas can make a positive impact on both their careers and the company. Start with this:

By creating a company culture in which new ideas are rewarded, you can drive retention, satisfaction, innovation and financial success. 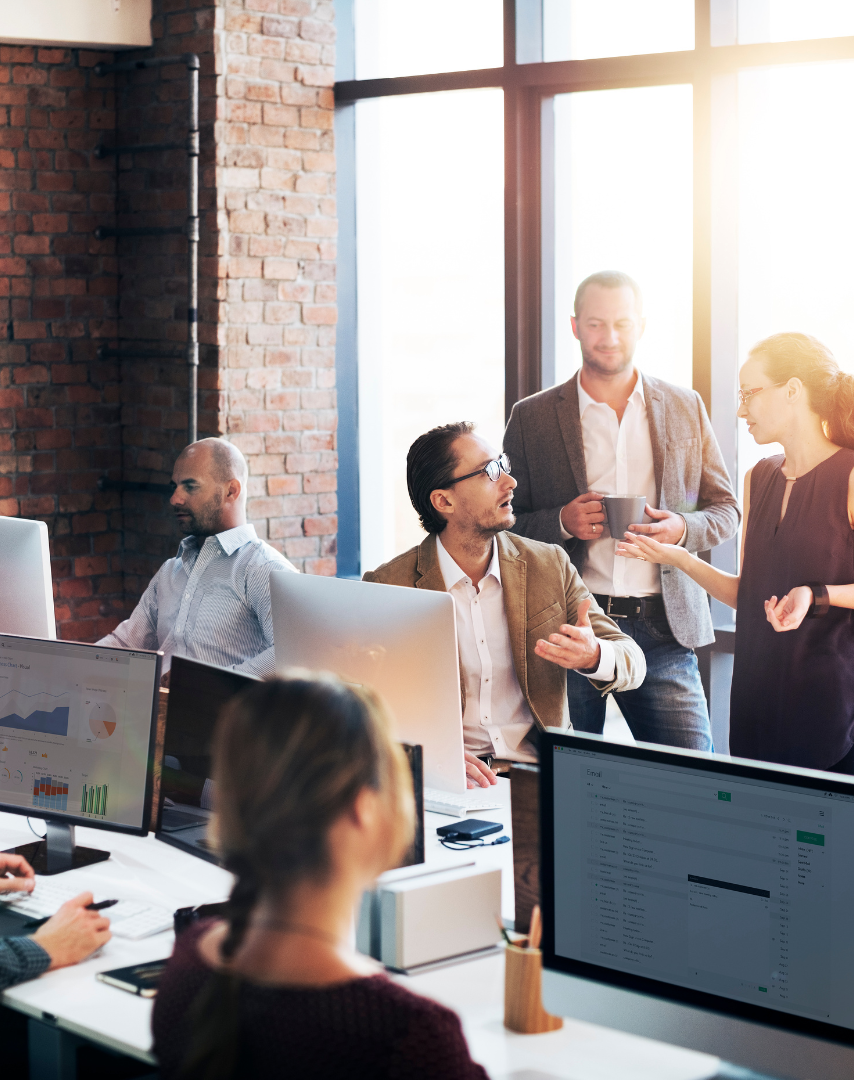 I'm committed to connecting with like minded folks that are willing to engage in a "Courageous Inquiry."  If that's you please feel free to leave your info and I will keep you in the loop. You can opt out at any time.

Take control of your finances with this free 4-step guide.